Having a successful rental property requires a lot of time, effort, experience and knowledge. Some investors prefer to avoid this level of involvement and/or learning curve. We’d love to learn more about your specific investment goals to help diagnose if we could be a fit for you.

As a full service Akron based property management company, our team takes care of all aspects of managing rental(s).

How much rent can you get for your home or apartment?

Our property consultation helps us make strategic and data-informed decisions about your rental property, including rate estimates and other information so we can manage your property as strategically as possible.

Get started with your free property consultation by completing the form .

What We Do As Your Akron Based Property Manager

Monthly Or Annual Strategy, Planning
And Review Meetings Upon Request

Basic set up of tenant relationship and correspondence

Signing and renewing of leases

As an owner, you will have 24-hour online access to a client portal so you are able to view live financial reports and service issues being worked on. We actively work to provide before and after photos of renovations and repairs so you have visibility to the improvements being made to your property. These can be found through your online access as well.

Merle is passionate about walking alongside each client to help accomplish each one's personalized goals. He is happy to meet periodically with clients to brainstorm and analyze the best next steps in your investing journey at no additional cost. This is a service billed out to non-clients at $239.00 per hour.

We treat residents with the respect and dignity they deserve. We accomplish this by making ourselves available 24/7 for maintenance and resident issues. Every year, we send out countless birthday, sympathy and congratulations cards to show residents that they’re genuinely cared about and valued, among other personalized gestures on behalf of our clients and our team. We will always treat residents as we would like to be treated.

Our owner, Merle Miller, has over 20 years of experience purchasing, selling, and managing both residential and commercial real estate.

We offer our clients a hassle-free, once-a-month transaction. This transaction will include a monthly profit and loss report, an invoice, or a payment. This avoids numerous invoices, checks, reports, or communications when unnecessary.

We currently manage and maintain over 450 residential/commercial units within an approximate 40-mile radius of Massillon, Ohio.

We use a strategically blended approach (in-house team vs. sub-contractors) when it comes to maintenance tasks. We primarily use licensed electricians and plumbers to handle building maintenance.

We have long term working relationships with real estate and eviction attorneys in Wayne, Stark, Summit, Tuscarawas, and Holmes counties that we’re happy to make available to you whenever needed. 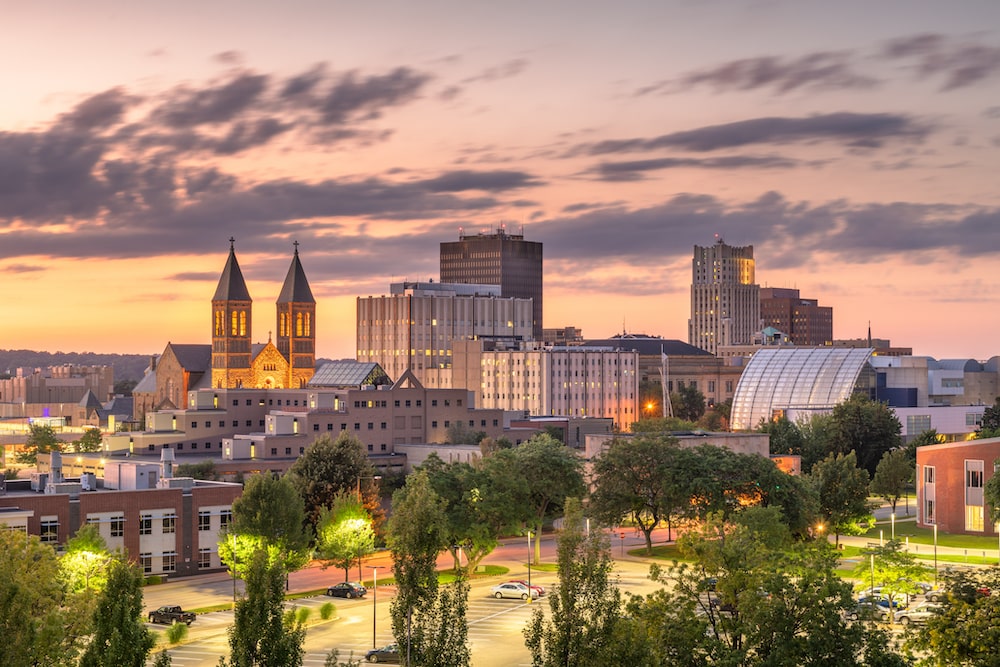 Akron’s history as the rubber capital of the world has shaped the economy of the city today. Akron is home to 17,000 polymer related companies and The College of Polymer Science and Engineering at The University of Akron is ranked among the top three in the world. Akron is also home to Signet Jewelers, the world’s largest jewelry retailer. Signet Jewelers has 3,500 stores under several banners including Kay Jewelers, Zales, and Jared The Galleria of Jewelry. Over 100 foreign-owned companies are located in Greater Akron, one of the largest international hubs in the Midwest.

In terms of the housing market in Akron, national magazines and websites, such as Forbes and CNN Money, are recognizing Akron as one of America’s most affordable cities in which to buy a home. In the past 5 years, nearly all market indicators in the Akron housing market are trending up. Downtown Akron’s future is a mixed-use residential center, rather than as an office center.

Amazon.com, Inc. announced plans in July of 2019 to open two new Ohio fulfillment centers, one in Akron and the other in Rossford, creating more than 2,500 full-time jobs with comprehensive benefits and opportunities to work alongside Amazon robotics in an industry-leading workplace.

An Amazon presence in Ohio means more than just the jobs provided within the fulfillment center’s four walls. In addition to full-benefit, great jobs inside its buildings, the company has brought thousands of jobs in construction and services. Since 2010, Amazon has invested more than $5 billion in the state through its customer fulfillment and cloud infrastructure, and compensation to its employees. Using methodology developed by the U.S. Bureau of Economic Analysis, Amazon estimates its investments in the state have created an additional 19,000 indirect jobs on top of the company’s direct hires.